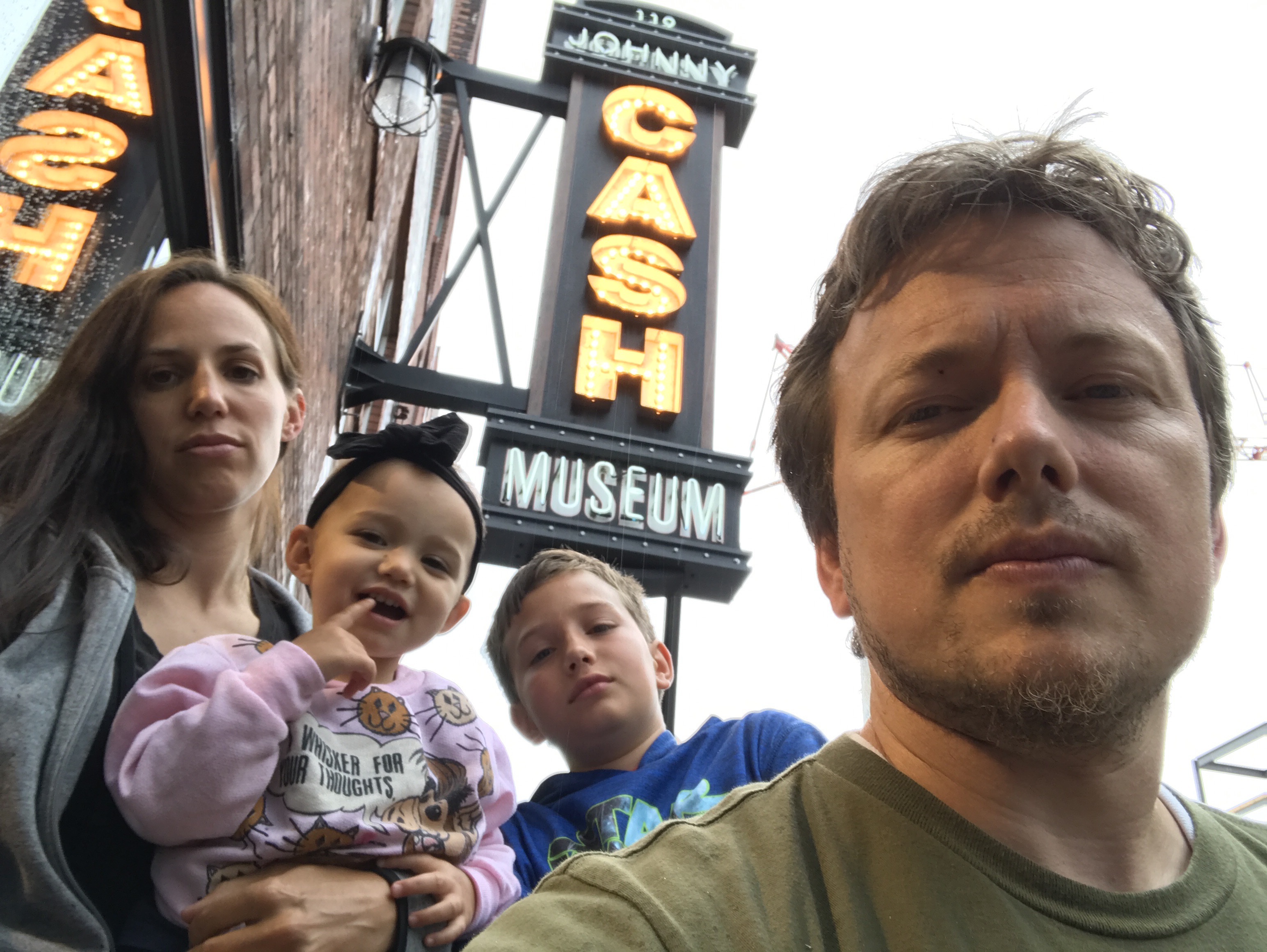 A Museum in Black

I wasn’t able to get out much due to work and the rain, but when Saturday morning came around, there was ONE thing I wanted to do, and that was the Johnny Cash museum!

I’ll confess, I am not a Johnny Cash connoisseur. I get on Johnny kicks now and again, but it doesn’t go beyond his greatest hits and a handful of lesser-known songs. However, as far as country music goes, he tops my very short list of what I listen to.

That said, I appreciate and really dig his contribution to music, his attitude, his image, his voice and his story telling.

We didn’t have a discount, so after tickets and some limited merchandise, we paid a good $100 for the family. Did we like Johnny that much?

Plus, it was just a lower level of a small two story building. Was there going to be enough to look at?

In fact, if we didn’t have a restless toddler, we could have spent hours there and seen just a few things. Not only were there letters he wrote, albums, awards, clothing, movies, memorabilia, etc, but there were interactive sections where you could listen to his songs on different media through history, mix his songs and listen to numerous remakes of his work. There was even a blown up image of his driver’s license. It was awesome!

Any question I had about its value disappeared when we left. If you are in Nashville, this is one museum you can’t miss. If you walk the line between a fan or not, it you’ll be converted at the end. If you don’t like Johnny at all, then it still may be worth it.

SCAN THIS QR CODE WITH YOUR PHONE

We were hoping they were handing out $20 bills. :(

2017 – 6 months of adventure
What to do when your family doesn’t have a driveway long enough?
This is the Place Heritage Park- SLC, UT
Grandma and Papa’s House